The next iPhone – The latest news

Last year’s releases saw the iPhone 8 and 8 Plus take similar design cues from the iPhone 7, effectively meaning the 8’s were S models. The iPhone X took center stage also, being an iPhone that differed significantly from the older generations with an overhauled design and features that were brand new like FaceID. But this year we could be getting more than three iPhone’s, with the possibility of an iPhone 9, 9 Plus, iPhone XI (or whatever they decide) and even an iPhone SE2.

We can expect Apple to follow their release dates of old, meaning the iPhone 9 range will launch in September. Apple usually release their iPhone range for pre orders during the second week of the month, so we can guess a release date for this years’ range to be 11 September. However, with a iPhone SE2 looking more and more likely, Apple could release this as soon as Spring this year. 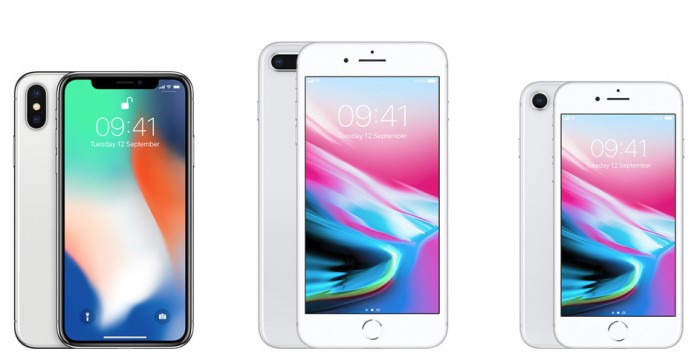 Speculation has been rife with the naming of the new iPhone’s, because as of now only a select few know for sure what it is. Could it be the iPhone XI, will they continue from the 8 and call it 9? We can only guess here. There have been rumours that Apple wants to release a Plus version of the X, and this has been confirmed by Mark Gurman of Bloomberg, stating that the tech giants will release such a phone in the future. Also according to Gurman, the new range will have a refreshed version of the iPhone X, along with a larger version, and a cheaper iPhone that will be a combination of the iPhone X’s slim bezels and older generation iPhone LCD displays. None of them are set to use TouchID, confirming (if true) the end of the home button as we knew and loved.

Much of the talk at the moment points towards the new generation of iPhone’s adopting the design of the iPhone X, with the notch making its way across the iPhone’s. This also means FaceID should replace the traditional TouchID. Apple knew that the notch wasn’t the feature everyone wanted, which was dealt with by the release of the older styled iPhone 8 and 8 Plus, but we don’t expect the company to roll out a similar line of iPhone’s this year. This is almost certain as Tim Cook said himself the iPhone X signals the new design we can expect to see grow with the next 10 years of iPhone.

Following on from a meeting at CES 2018, Barclays Bank analysts expect Apple to reduce the size of the notch this year, so as to make it less intruding on the display. It also looks as though Apple will switch the stainless steel frame of the iPhone X to an aluminium version instead to reduce the overall cost of producing the phone. This should mean a cheaper version will be, a lot cheaper.

All of the 2017 iPhone’s featured the A11 Bionic chip with 64-bit architecture, a neural engine and an embedded M11 motion coprocessor. Each year brings a new chip at Apple, and this year will be no different with a new A12 chip set to be used in the new range (name unconfirmed.) This will bring with it better battery life, improved speed and more power in the iPhone. Apple have never added microSD slots for expandable storage, and is sure to make sure they continue in not doing so with no talk about them changing their stance on the subject.

The only certainty we know of is that the iPhone’s of 2018 will feature Apple’s new iOS 12, but we don’t know what new features they will add to the new device. Keep checking back as we expect a few details to be unveiled over the coming weeks.